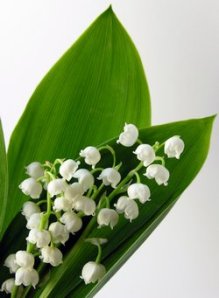 I can’t believe it is already the 1st of May – surely I’ve only just put away the Christmas decorations.   It is a ferié (or public holiday) here in France so nobody will be working which seems ironic on a day called ‘ La ‘Fête du Travail’ but, there you go.  As it falls on a Tuesday, the schools and lots of public offices didn’t bother to open yesterday (Monday) –   they take the extra day as a ‘pont’ or bridge between.  A bit cheekyI suppose but then I’ve always thought it a bit strange that, in the U.K. for example, dates get moved around and tacked on to the beginning or end of a weekend for convenience.  Surely the 1st May should be commemorated on the 1st May regardless of whereabouts in the week it falls.  Anyway, in an uncharacteristic display of laissez faire about tax and paperwork, today is the only day in the year where the French allow anybody to set up stall and sell Lily of the Valley plants with impunity.

Remember the sewing machine cover I was making?  Well, here it finally is –If, like Mr. Tialys, you think my dog looks like a seal then please keep your comments to yourself!!  He didn’t and was sorry afterwards. 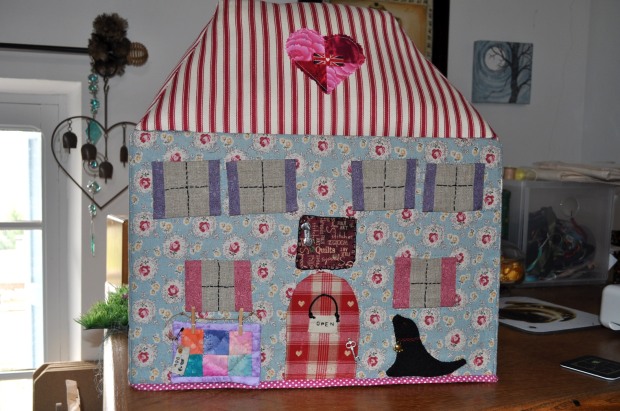 We undertook this rather challenging  project in my mini sewing group of 3 and this is Sandra’s house which fitted the hard cover of her machine perfectly so she left out the cardboard reinforcements and just pulled the fabric cover over the original rigid plastic one. 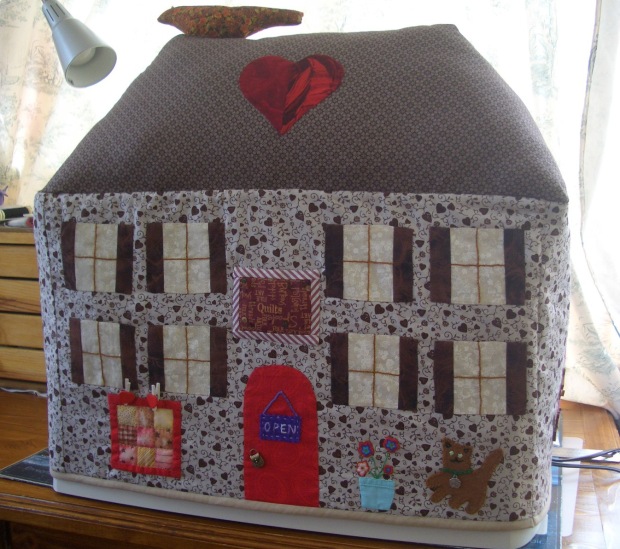 The vide grenier season is starting to pick up and, despite weather warnings last weekend, a big one took place in a nearby village.  Madamoiselle Tialys the elder had a stall and had been busy combing the house for modern junk to sell whilst I was busy buying antique and vintage  junk from other people to bring home again.  So, of course, the house never gets any emptier but, in my opinion anyway, it gets more interesting. 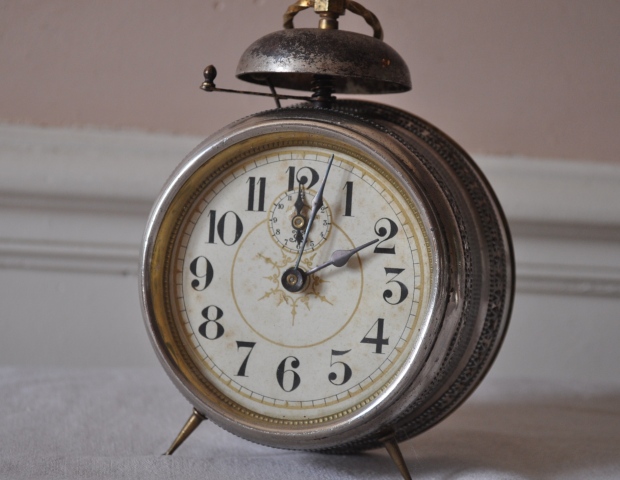 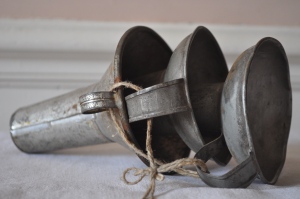 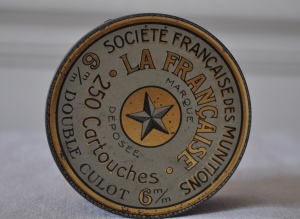 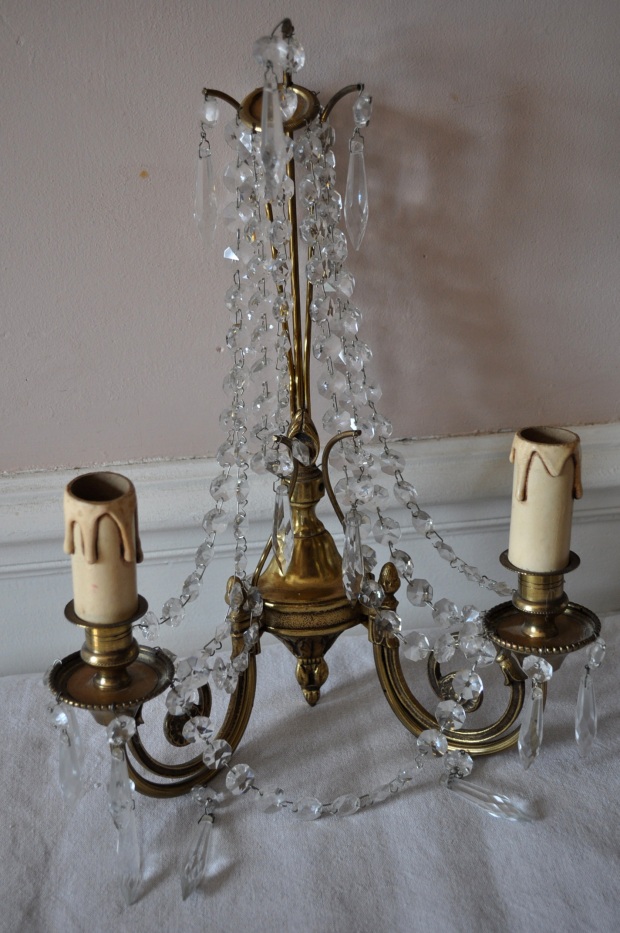 and the pièce de résistance………

I was touched by the concern of my blogger friend Al (aka Houdini)  because I hadn’t posted for a while.  It’s the  cyber equivalent of a friendly neighbour coming round to see why you haven’t been taking in the milk  and newspapers and fearing that you might have tripped, hit your head and  be lying prone beneath a pile of cats and a german shepherd.  So,  thank you Al!

As I’ve talked about 1st May in France and my title for this post is two thirds of the traditional distress call, I was reminded that the use of ‘Mayday’ is said to originate from the French ‘M’aidez’ which, of course, means ‘help me’.  I had known that at one time but then forgotten – as I have forgotten so many bits of trivia – so, just in case you had too, it might come in useful at a pub quiz.

This entry was posted on May 1, 2012, 10:46 and is filed under Arts and Crafts, Interesting Vintage Finds, Life in France. You can follow any responses to this entry through RSS 2.0. You can leave a response, or trackback from your own site.