Today, I have a guest blogger – much more photogenic than me and less verbose.

This is me, my name is Flo. I was found wandering the streets, in the rain, in November. 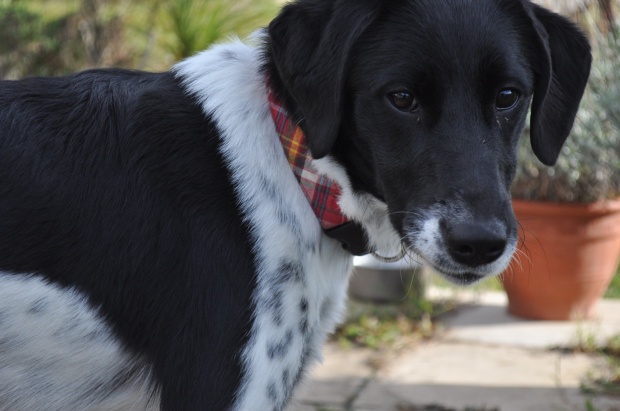 Somebody took me to the dog pound and when nobody claimed me after ten days I was transferred to the refuge.  Luckily, I ended up in a pound with a refuge attached otherwise I might have been put to sleep.  I think I might have lived with a family before – the Missus says I’m house trained – but they didn’t think to identify me in any way so the Refuge couldn’t contact them. 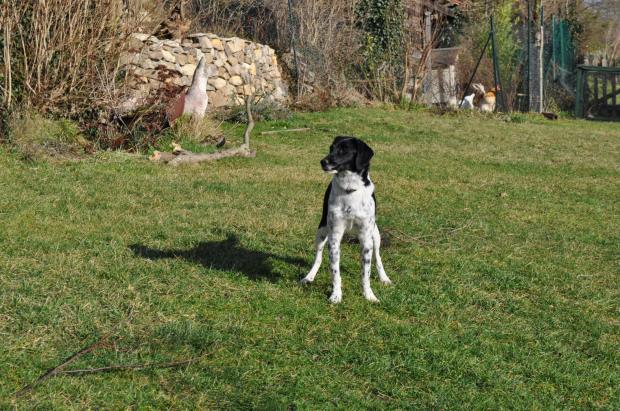 The refuge was noisy and a bit scary and I had to share my kennel with a great big labrador who was very friendly but he nicked all the food.   The people at the refuge named me ‘Froggy’.  The Missus says it must be because of my weird back legs.  I don’t know what she means. 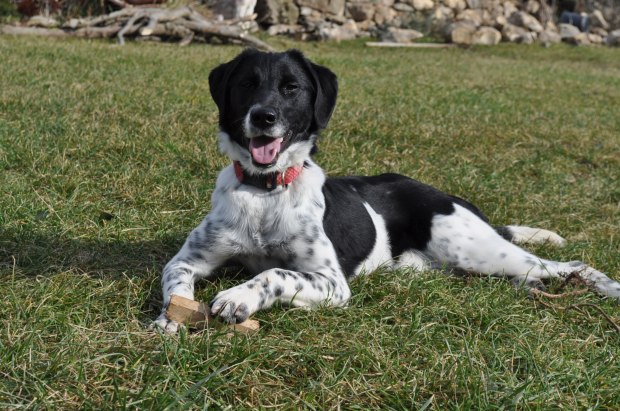 The Mister and Missus decided they had space for another dog and they wanted to help out the local Refuge who are always so crowded so they came to choose a dog on New Year’s Eve.  There were so many gorgeous dogs they said they had a really difficult choice but, as you can see, I’m stunning, and I know how to get round people so here I am relaxing on the grass which is much more comfy than concrete. 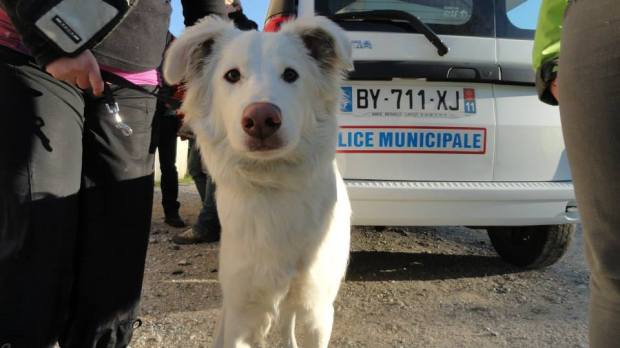 Here is another dog the Mister and Missus were considering.  His name is Igloo and I must admit he’s rather gorgeous.  I’m surprised he hasn’t been homed yet. 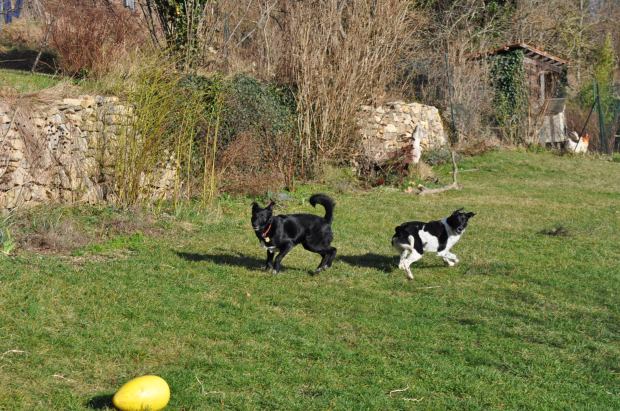 This is me playing with one of my new brothers, Stan, who was also found wandering in the street – by the Missus herself – he was microchipped but when the owner was contacted they said they didn’t want him anymore -he was only 7 months old.

Can you tell by my face what I think about his obsession with tennis balls? 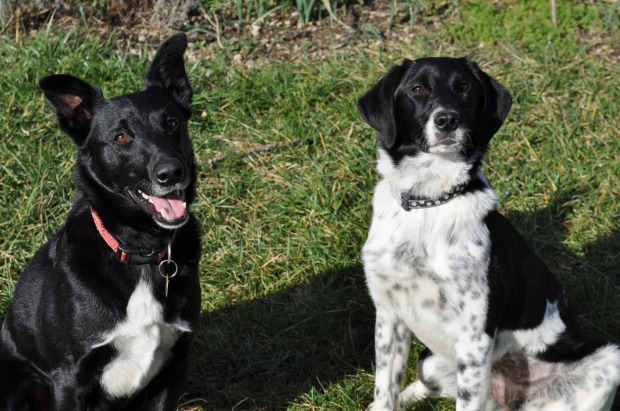 He is actually quite handsome 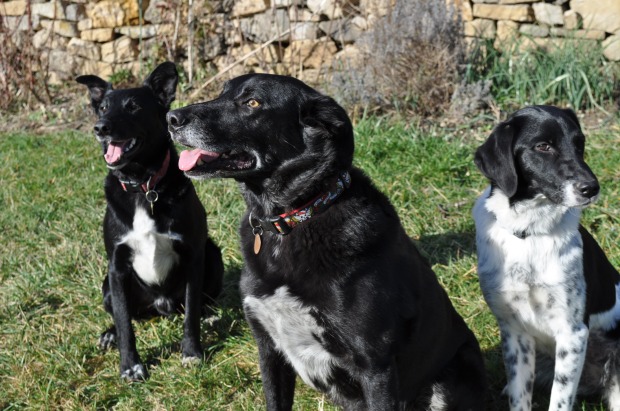 Here’s my other new brother, Taz, he’s 8 now but he was thrown out of a car at 7 weeks old along with his brother.  Luckily, some youngsters saw it and took them  into a local vet where, it just so happened, the Missus arrived shortly afterwards with one of her cats and ended up taking him home with her.  I am pretending not to be interested in the training treats on offer….. 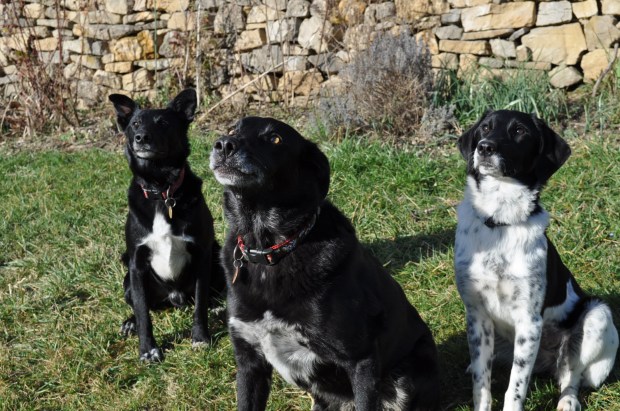 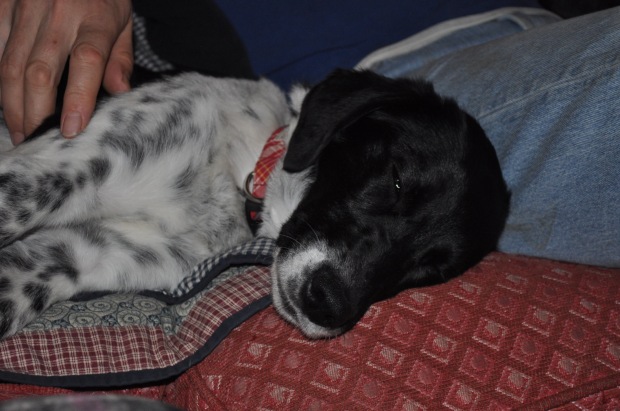 At the end of the day, I can snuggle up on the sofa and my seven weeks in the Refuge seems like a distant dream.

Our local refuge, in Carcassonne,  does a marvellous job but they get very little funding and rely on donations and, of course, on people adopting  the dogs (and cats of course!)

I don’t want to be preachy, especially on what is normally a craft blog, but if you are ever looking for a dog to share your life, please don’t forget to consider a rescue dog, it can be so rewarding and you may have saved a life.

This entry was posted on January 28, 2014, 12:40 and is filed under Pets & Problems. You can follow any responses to this entry through RSS 2.0. You can leave a response, or trackback from your own site.