Having a Whale of a Time with Scraps

I used to think life was too short to stuff a toy – or was that a mushroom? – but I’ve been persuaded to change my mind.

I took a fancy to this pattern for a whale partly because he’s so cute and partly because it’s a pattern by Jodie over at RicRac and she is an amazing pattern designer.  Plus, did I mention she was having a sale at the time?  I may have bought three or four patterns

Anyway, I made him from scraps of some lovely canvassy fabric in seaside colours and put into use the tin of sardines I bought just because I love the illustration on the tin.  I can’t stand sardines.

This is another of Jodie’s patterns which I thought I might be able to do something with to decorate my stand at the Christmas Fair in November to raise funds for the Twilight Retirement Home for Dogs. 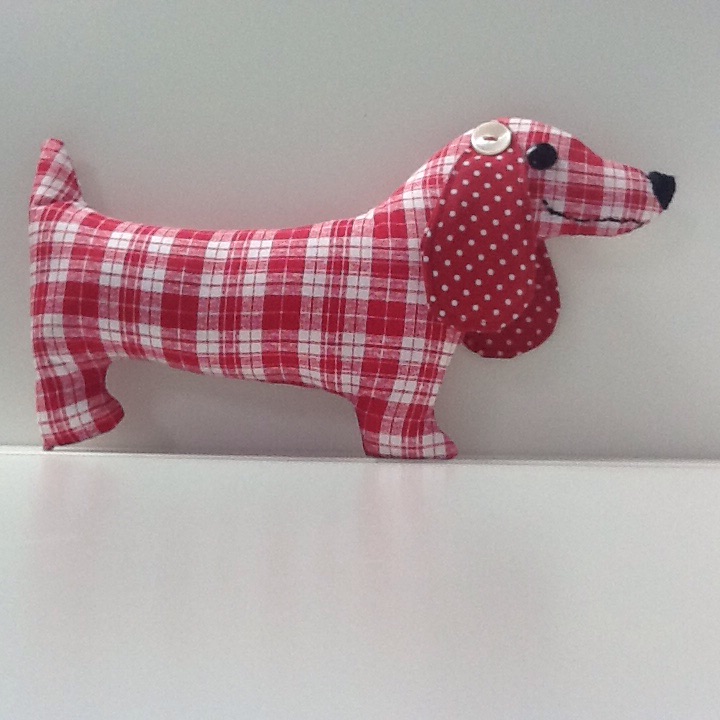 Nothing wrong with my pattern cutting or stuffing skills here – he’s just cocking his back leg for a wee 😉 Honest!

The dogs aren’t free-standing so I’m wondering about making a garland to hang in front of the stall – or over it even if I can figure out a good way to do that.  Anybody made a garland with ‘softies’ before?   Tips and hints would be appreciated and possibly followed slavishly.

Nothing to do with whales or dogs but my reasoning will become apparent – my daughter is an ‘aerialist’ – that is she does classes using an aerial hoop which sounds scary but is very good for upper body strength apparently.  It was her birthday so I made her a card using (mostly) freehand machine embroidery – although I did use a machined feather stitch around the outside of the constellation fabric (which was a scrap – so there’s my ‘reasoning’ if you read on)

I don’t know what this particular pose is called but they all look so elegant.

I couldn’t resist another whale photo and a better look at the sardine tin.

I might even use that design for a future freehand embroidery project.

The whale is actually supposed to be a pincushion but, when I stuck some pins in him for the photos, they looked like harpoons and I felt so bad I took them out again 😦

All made with scraps so I’m joining in with Kate’s Scraphappy Day here where you can click to see what the other participants have been doing with their scraps this month – see I told you there was ‘reasoning’ involved.

I have been spending quality time with visitors (this was a scheduled post) and being a visitor myself  over the next couple of weeks so don’t worry if you don’t see me around as much as usual – I haven’t disappeared under a pile of unlaundered dog blankets and left to suffocate.  Although if I’m not back after a couple of weeks feel free to check.

This entry was posted on August 15, 2017, 09:53 and is filed under Arts and Crafts, freehand machine embroidery. You can follow any responses to this entry through RSS 2.0. You can leave a response, or trackback from your own site.