You may have noticed I’ve been a bit quieter than usual but that’s because I had a friend visiting for a week and then I went back to the U.K. with her to spend a long weekend with my Mum.

My friend and I go back more years than I care to remember but, despite keeping in contact with Christmas and Birthday cards we’ve only recently started to see eachother again so I was really pleased when she said she’d come over to France for a visit.

Here we are on holiday in Tenerife back in the day looking bronzed but blurry on the balcony of our hotel room. 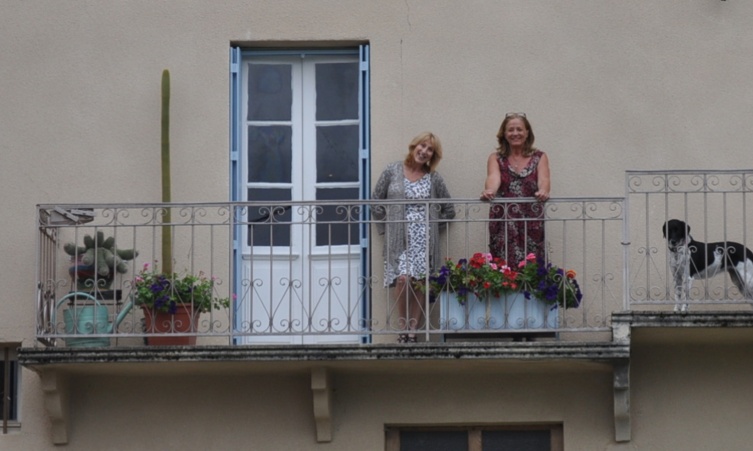 I knew that the weekend spent with my Mum would be of the quiet variety as she is getting very tired lately and, once we’d been out in the morning for a bit of shopping or a brunch somewhere, she’d had enough of the outdoors for the day so I went prepared with fabric and pattern and used her sewing machine to make another couple of dogs for my eventual doggy garland while she had a snooze. 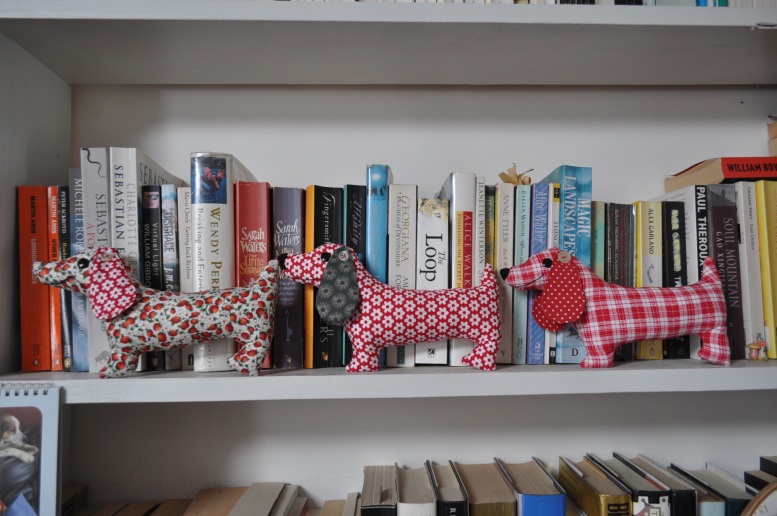 I’m going to make another three and figure out how to make a craft stall enhancing garland out of them but I’ve got until the end of November so something will come to me before then I’m sure.

Since I’ve been back and trying to catch up on emails, Etsy shop goings ons, reading blogs and dog and cat related problems, I haven’t got much done.

The Colette Negroni shirt I’m making for Mr. T. is still at the muslin stage – just needs the buttons and buttonholes and final hemming and then I can confirm what I’ve suspected for a while – it will be too small for him.  I know it’s a muslin but I was hoping it would be a wearable one.  We won’t know for sure until I finish it though will we! 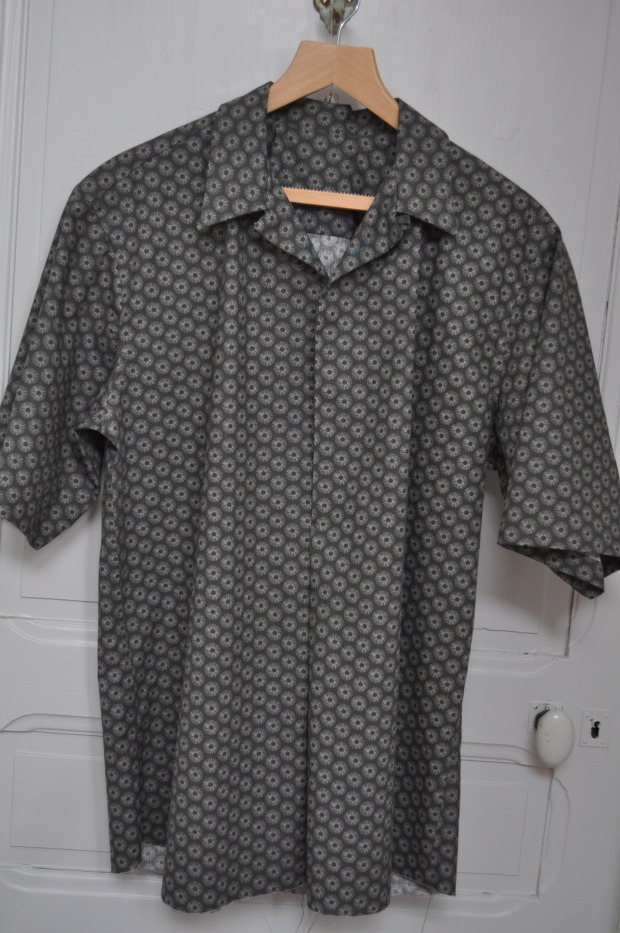 I rush quilted a couple of my hatbox blocks which was easy because the machine quilting I’m doing couldn’t be plainer or simpler unlike the lovely hand quilting Kate’s doing on her version.  Mine’s a wall hanging so nothing too fancy is called for – well, that’s my excuse anyway. 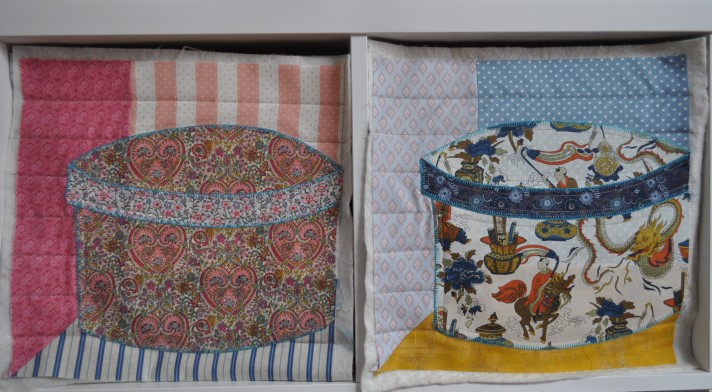 Here’s something I haven’t caught up on – the perennial ironing basket which I took from my laundry room up to my workroom as that seems to be the only place I brandish an iron these days.  As you can see, my scheme didn’t work.

I did catch up with Mlle. Tialys the elder when I was in the U.K. as she came up to see  me when I was at my Mum’s thereby killing two old birds with one stone.  Oh to be young enough to dress up as a bloody (in the covered in blood sense) rabbit thingy and  hug a dinosaur as she did last weekend. 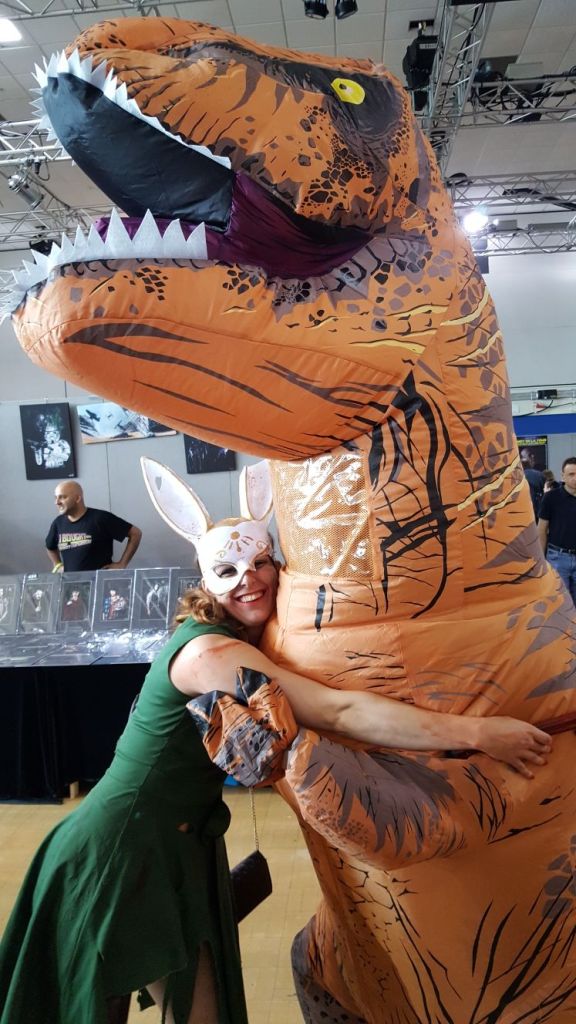 The details of the whys and wherefores shouldn’t bother you – I certainly don’t like to delve too deep.

Off to look at the ironing basket again before doing something completely different.

This entry was posted on August 31, 2017, 10:13 and is filed under Arts and Crafts, Dressmaking Projects, Liberty Hatbox Project, Patchwork and Quilting Projects - General. You can follow any responses to this entry through RSS 2.0. You can leave a response, or trackback from your own site.