From Kimono to Sorbetto to Oh, No!

Back in dressmaking mode, I ordered some fabric online.  I know, I know, I’ve got plenty in my stash – although not as much as in my patchwork stash but we won’t go there.  Anyway, I fancied this ‘satin’ type fabric would make a nice kimono style robe to wear in the mornings to replace my big fluffy dressing gown now the days are getting (a bit) warmer.

I should know by now that free online patterns and me do not go together well especially where measurements and calculations are involved but this one seemed very simple.  After all, it basically involves five rectangles.  I did notice, in the comments, some people had found the measurements resulted in a somewhat ‘skimpy’ fit so cut it out a little bigger.  At least, that was until the ‘satin’ slid about under my rotary cutter and I ended up having to trim it up a bit where the bottom layer had shifted out of place.  Pressing on regardless, I got the thing sewn up and looking gorgeous – until I tried it on and realised I couldn’t actually move my arms in a forward direction without risk of hearing the ripping of fabric.

Mlle. Tialys the Younger had admired the fabric so I thought I could salvage enough to make her a Sorbetto top.  This is a free pattern from Colette which I have actually had lots of success with in the past.

All was going O.K. until she tried it on and the shoulders were too wide so I took them in but alterations aren’t my strong point and there was a bit of puffy action going on here and there.

Still, I thought she could live with that and proceeded to bind round the neck and sleeves.

I used commercial binding because I couldn’t bear the thought of making it myself with the satin fabric which moves and shifts and generally makes a nuisance of itself badly enough without trying to make binding out of it.  I couldn’t find any satin binding locally though so used the stuff that is usually available which is of some unknown cheapo material and a bit stiff.  You know what’s coming don’t you?

Flushed with the success of  neck and sleeve binding and wilfully ignoring my better instincts, I bound the hem too.  Which, as you can probably guess, removed the drape and made the hem stand out from the body in a way I couldn’t possibly pretend was intentional. 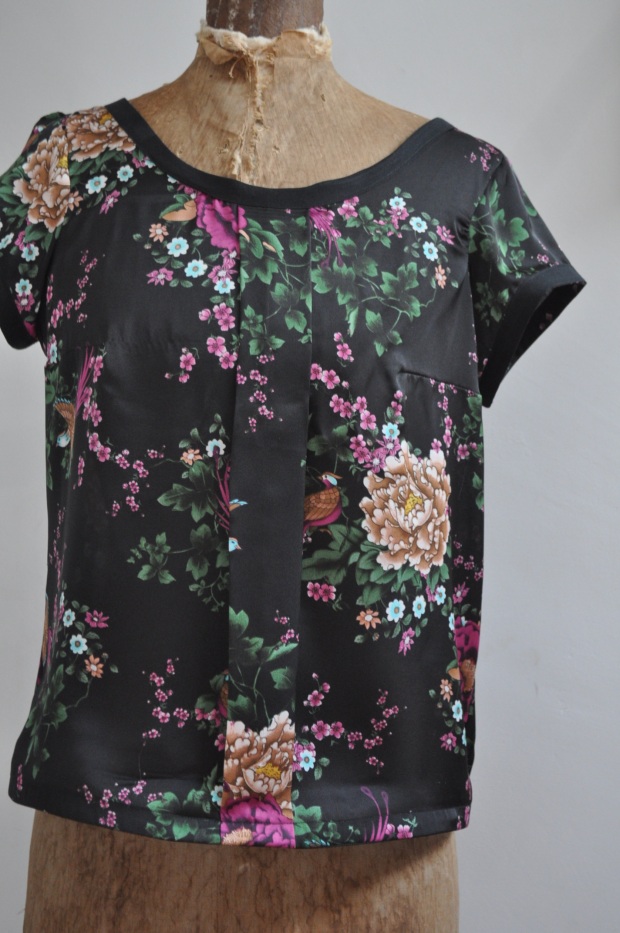 Shame – the back looked very nice. 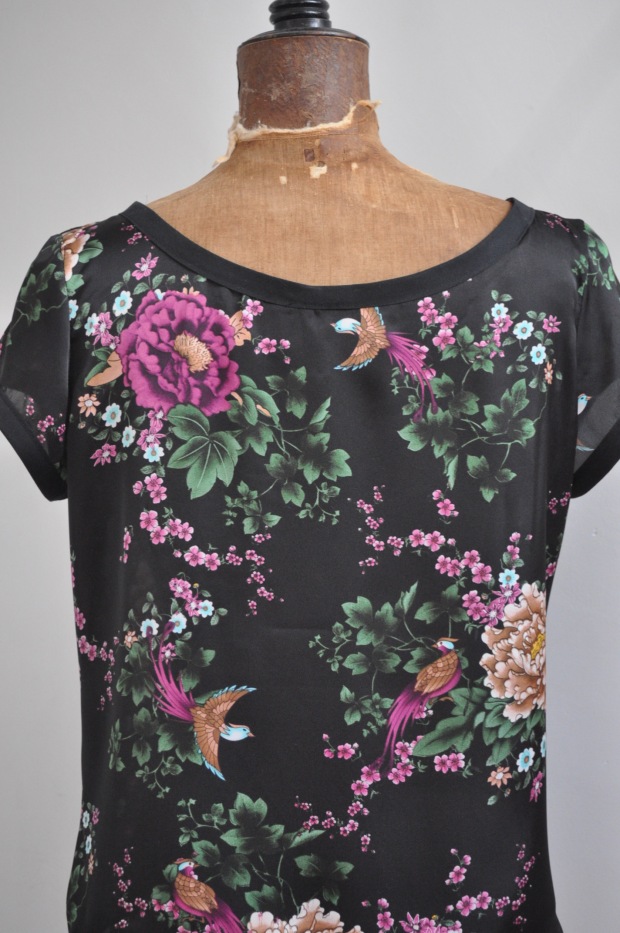 If the sleeves had been perfect I would have taken the time to unpick the binding from around the hem but, it wasn’t, so rather than spend more time on what was, in any case, a second go round, I decided there was only one thing to do.

Sometimes it’s just best to move on and get on with your life.

I have learnt some good things about binding and some bad things about slippy fabric so as long as I remember those things next time, which is not guaranteed I’m afraid, the process will not have been a complete waste of time.

I have also learnt that ‘pressing on regardless’ and ‘ignoring my better instincts’ are stupid things to do.  Lessons I’m sure I have encountered many times before but, again, sometimes I live and learn and sometimes I just live

Satin – especially the type that is cheap and creates electricity when you move – is now dead to me.

This entry was posted on April 8, 2018, 10:17 and is filed under Arts and Crafts, Dressmaking Projects. You can follow any responses to this entry through RSS 2.0. You can leave a response, or trackback from your own site.