There’s A Mouse In The House

Among the many books I bought when I took up the crochet hook was one featuring animal trophy heads.  A strange choice I think you’ll agree but one can only have so many blankets around the place and I thought they might be fun.

I started with the smallest animal in the book – a mouse – which may have been a mistake as I’m not used to using 4-ply yarn and a 2mm hook so it was a bit fiddly but it is done.

Mr. T. made me a little wooden shield out of some scrap wood he had lying about.

Now the cats have the first of what might well be several trophies for ‘their room’ aka our conservatory.  Maybe it will discourage them from bringing any more real ones in but I doubt it. 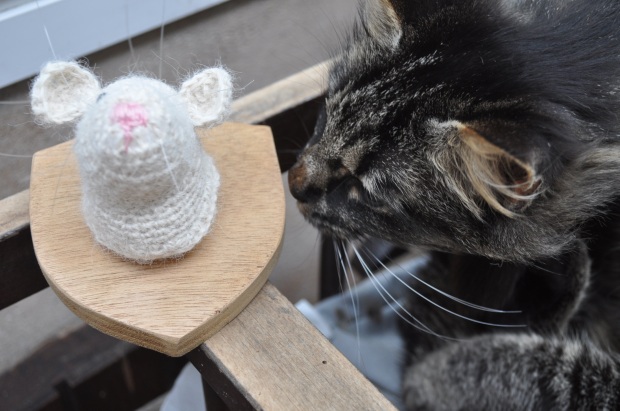 I think I’ll do the hare next but I won’t hang that in the cats’ room in case it gives them ideas. 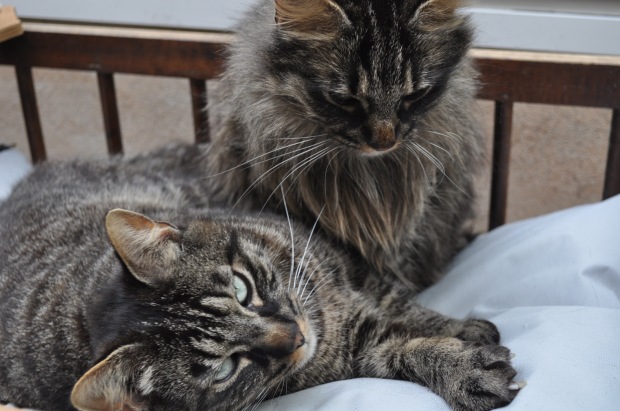 I know they don’t look very dangerous but, trust me, I wouldn’t want to be a mouse (or mole!) in the vicinity (plus there are four others lurking out of shot!)

To think I used to say ‘life’s too short to stuff a mushroom’.

As I used some scrap yarn – albeit Jaegar alpaca no less – and the wood was scrap too, I’m linking up with Kate and Gun’s Scraphappy Day for which we attempt to make something using scraps every month – or just when we have something to show.

Now, enough with the animal crochet – I have a half finished dress draped over two mannequins that won’t finish itself.

This entry was posted on May 15, 2018, 07:00 and is filed under Arts and Crafts, Crochet Projects. You can follow any responses to this entry through RSS 2.0. You can leave a response, or trackback from your own site.