We had to say goodbye to Taz on Friday. 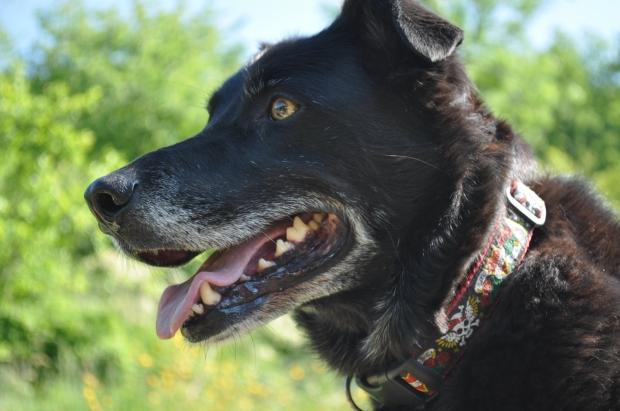 Having survived a spleen removal operation this time last year and being almost totally blind and deaf – he was diagnosed with a tumour in his mouth in August and it became more and more difficult for him to eat which was, really, the only pleasure he had left.  Friday morning, the side of his face was swollen badly and I decided it was time.

He was with us for thirteen years since being dumped out of a car as a puppy, picked up by a boy who’d seen it happen and taken into the vet’s office where I just happened to be, a few hours later, with one of my cats.  Obviously, he came home with me.

We’ve had dogs for a long time now and, to be honest, Taz wasn’t one of the dogs for me.  You might know what I mean – there’s always one or maybe two that really get deep into your heart.  Like some sort of canine stalker, he spent most of his time outdoors ignoring us and being obsessed with the dog next door who he could see in the garden below ours and ran up and down for hours, watching him and barking at him, until he wore a path in that particular part of the garden that has never disappeared.

He had his moments though.

He liked a snuggle with the cats. 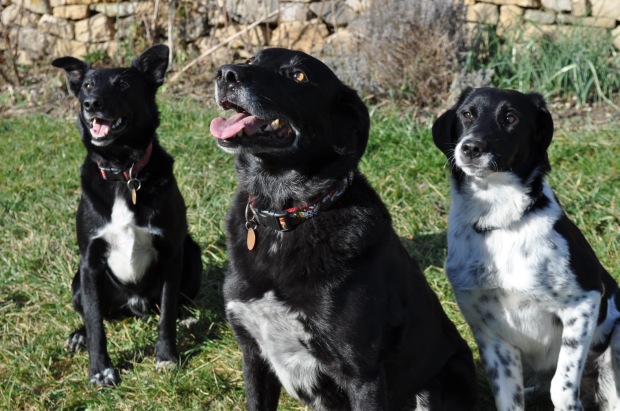 Even though he wasn’t a team player, he occasionally turned up for a game.

He suffered our traditional ‘dog hat photos’ at Christmas even though he gave us the stink eye. 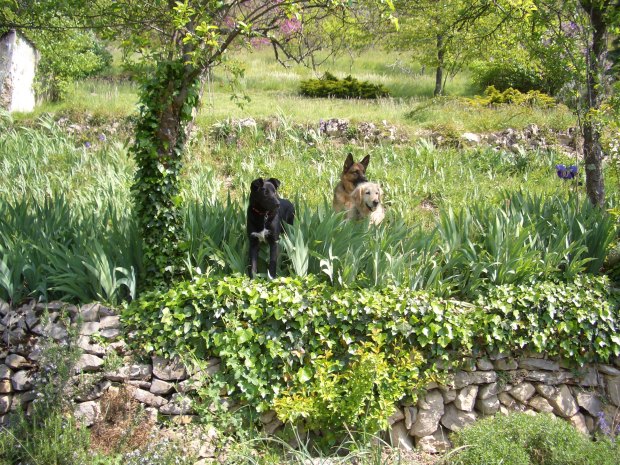 He’s now gone to join Phoebe the German Shepherd (who was the dog for me) and Susie the gentle Golden Retriever over the Rainbow Bridge. 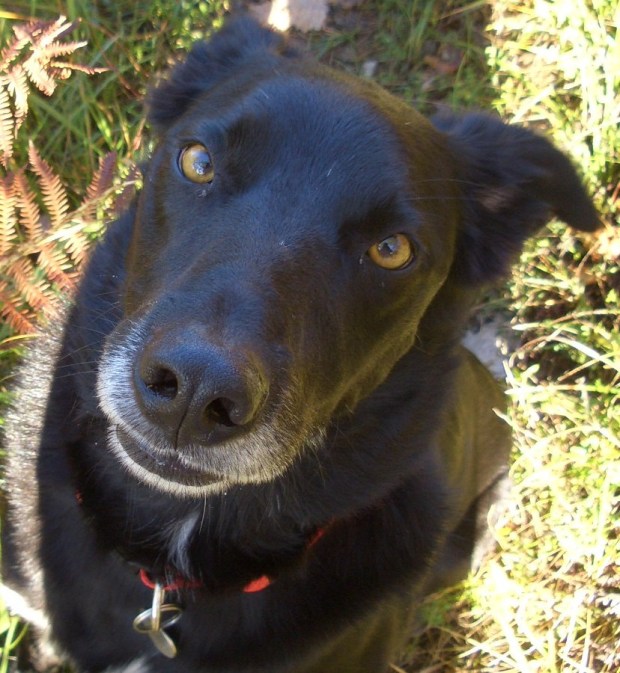 Is there anything more frustrating than waiting for somebody when you’re all ready to go? 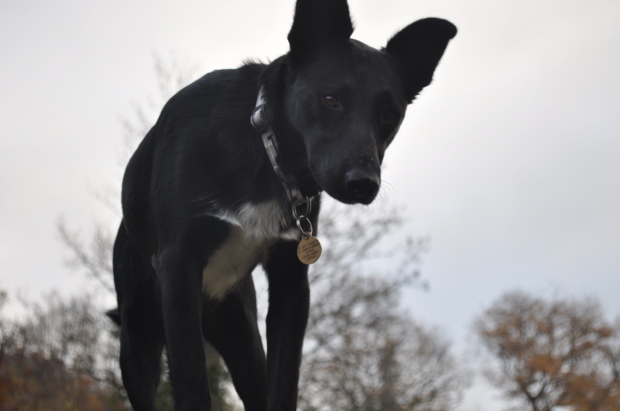 If the perspective seems odd it’s because the back door of the house is on a much lower level than the start of the garden.  As we are practically on the side of a small mountain, the garden is terraced and Stan has raced up to the first one and is looking down impatient to be off whilst I faff around with boot laces and cameras.

Stan fans will notice that those horrible pustulent spots he had on his nose, probably an allergic reaction to some plant or other he was foraging in, have gone but have left little scars which I’m hoping will get covered up when his hair grows back.