After much cutting, gluing, sewing, photography, scribbling and testing, I have finally produced my Hexagonal Sewing Box Tutorial.

My two trusty testers, Kate and Lucie,  have given me their feedback and have made lovely sewing boxes for themselves.  I’ve made (most) of the changes they suggested and now it’s ready.

When you’ve been making something for a long time you forget the steps that need more careful explanation which is why testers are so helpful because they can remind you that things that might seem obvious to you after umpteen years of doing them aren’t necessarily obvious to the first timer.  So, after some tester cursing and unsticking – I’ve now made it clearer that those sides have a short and a long edge and won’t work if you try to put them up the other way – sorry ladies 😉 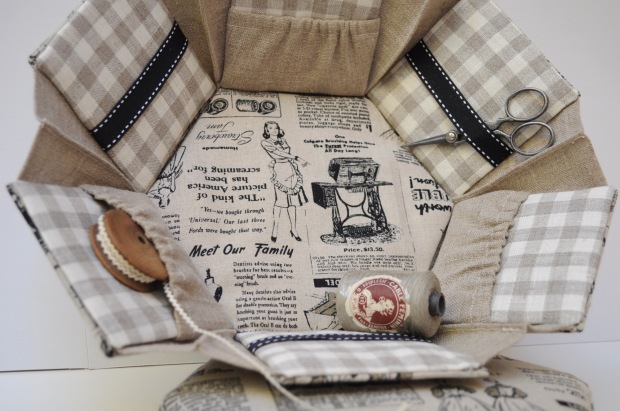 Also, don’t use wadding that is too thick otherwise you will have a bit of trouble making things fit instead of just ending up having softly padded, lightly luxurious feeling lids and inners – sorry again!  My lovely testers made those mistakes so nobody else has to 😉

Anyway, if you like assembling things, getting a bit gluey and sticky, can do a passable teeny whipstitch and fancy having a go at making your own sewing box, my tutorial is now ready in my Etsy shop here. 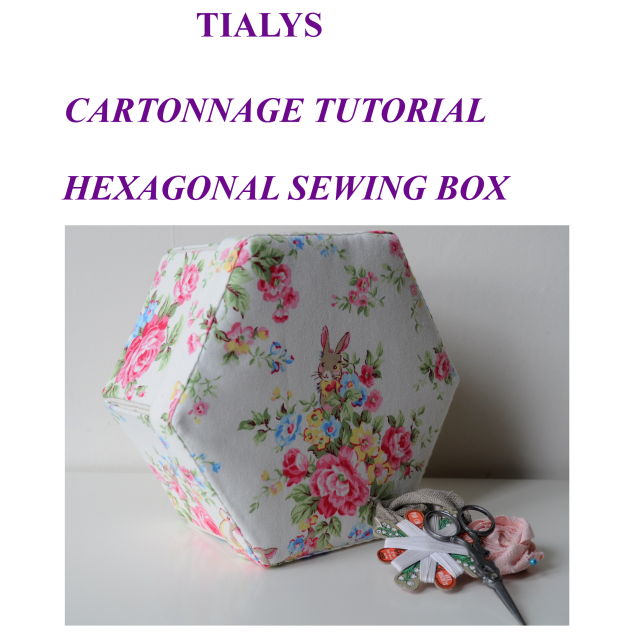 and, in case you decide to give it a try, put this code in for $2 off the price BOXCLEVER.  It’s an instant download so you can get started straight away.

If you do make one, please send photos and I’ll make a little gallery.