Posted by tialys in Interesting Vintage Finds on November 24, 2010

You can indulge your love of antiques, vintage and retro right over the holiday season and I’ve found some goodies here to prove it.

‘The Ghost of Christmas Past’ by LaManche

Vintage items for the festive season.

On the 3rd August the Daily Mail reported on Selfridges  ‘Those on a last-minute trip to grab some sun-cream yesterday were shocked to find Santa’s grotto on arrival at the Oxford Street store, with children dressed in their summer clothes encouraged to visit Father Christmas.’  Harrods followed not long afterward and apparently Selfridges have said that they can foresee a time when they will be selling Christmas items all year round.  Heaven forfend.

When we first moved to France 5 years ago I was delighted that they didn’t anticipate Christmas until the beginning of December.  The fact that they then forget to take the decorations down until around May we will gloss over.  Unfortunately, in the last couple of years, some of the chain stores have succumbed to whatever pressure it is – can it really be the public? – to introduce tinselly, shiny, glittery items to their shelves in October.  It’s the thin end of the wedge.  However, I can report that, up until last year,  it was possible to shop for food right up until Christmas Eve without having to plan it like some sort of military operation and without having to stand in queues so long that, in the U.K., they had to employ people specifically to hand out conciliatory chocolates to the desperate.

Having said all that, I have started to see the first glimpses of festive products on Etsy and, what’s worse, I have bought some of them.  I have bought  supplies with which to make my own Christmas goodies this year, some for us and some for the shop and  have been thinking of ideas for things to make.  It’s  weird having to root through the decorations that were packed away only 7 months ago so that you can stage a photo shoot for a festive item.  I imagine it must be like that for the staff in shops such as Selfridges – how they must detest all the Christmas records that come out every year – I think they must just train themselves to ignore them otherwise they would surely go mad.   I remember last year being a bit fed up with it all by the time the actual day arrived so, this year, I shall try to remain a bit detached  until at least the end of November – although I have made these……… 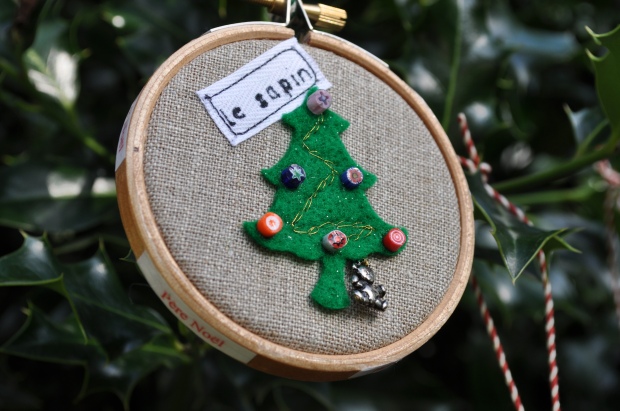 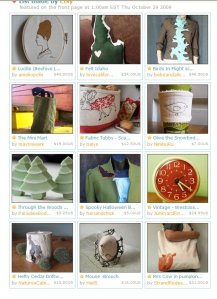 I'm getting better at these screenshots.

I have actually got some other designs so I thought I’d take a communal photograph.  Unfortunately, or fortunately, the reindeer one is missing as it was sold and I haven’t made another quite yet.  I wonder what the collective noun for Tubbies would be.  A tumult of tubbies, a twitter of tubbies, a ton of tubbies, … anyway, here is one – 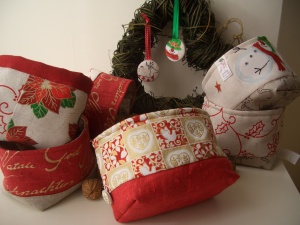 A Tumble of Tubbies??

Hooray – A Tubby on the Front Page

I knew I fell in love with this reindeer fabric for a reason – it got me on the front page – hooray!  Plus, it sold! 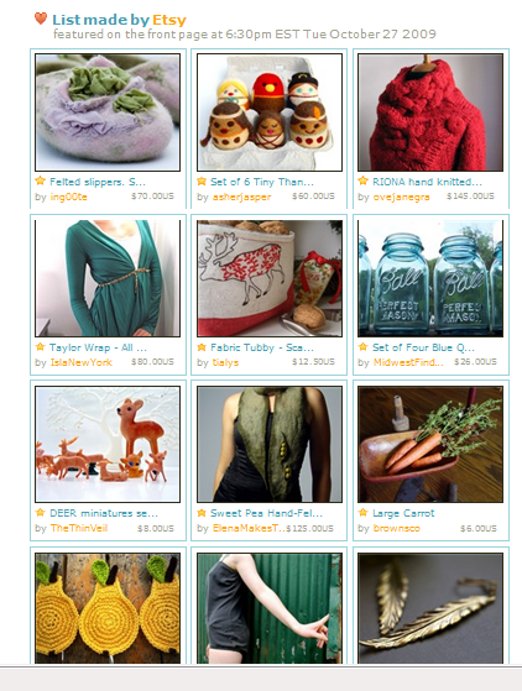 I’ve made some in other fabrics which I also like a lot so, we’ll see.  There’s just something about the Scandinavian look at Christmas that a lot of people like though so who am I to disagree.  Luckily I bought quite a bit as I was going to make table runners but these are more fun to make.

Ooer! I’ve Come Over All Christmassy.

I love this reindeer print and, amazingly, I bought it locally (although I think it’s Spanish).  I thought it would be cool to make it  reversible, mostly because  I wanted to see a nice long stretch of those fabulous  reindeer.  Off to buy some more of it this afternoon before it all gets snapped up by other locals starved of fabric buying opportunities.