Hello all, it’s Flo the guest blogger again.  The Missus is in a slight depression because she is on some sort of ‘fast’ – something to do with not buying any fabric for a year or something – so she said I could do the post today.

This is me – gorgeous aren’t I?  I am not on a fast of any sort.  In fact I wanted to make sure that, like me, you are getting your five portions of fruit and veg a day so that you too can be glossy and beautiful with a nice wet nose.

I love fruit and will go to great lengths to get it.  I like it when mangoes are ‘two for the price of one’ in the market because the Missus won’t notice if I take one out of the fruit bowl.  I just need to make sure she doesn’t find the chewed up stone on the rug like she did last time.  She said ‘fruit doesn’t grow on trees you know’ which is patently untrue because here is a picture of me posing beneath my favourite tree where the plums hang down low enough for me to reach.  I think she was trying to be funny because she laughed a lot after she said it although the rest of the humans groaned. 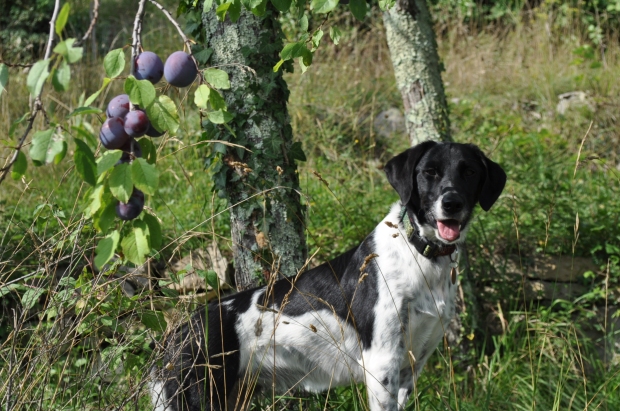 I was quite upset when the plums were finished but now I’ve found that I love figs.  Apart from the Missus, who eats them with cream cheese and bagels, the humans in the house don’t like figs so she used to pick them and share them with me and my boys and the chickens.  I call the other dogs ‘my boys’ because, even though I’m the youngest and I’m a girl, I’m in charge and I boss them around.  The Missus calls me a ‘dominant bitch’  – is that a good thing do you think?

Here I am with one of the figs that I sourced myself.  I would prefer it with cream cheese too but don’t want to push my luck. 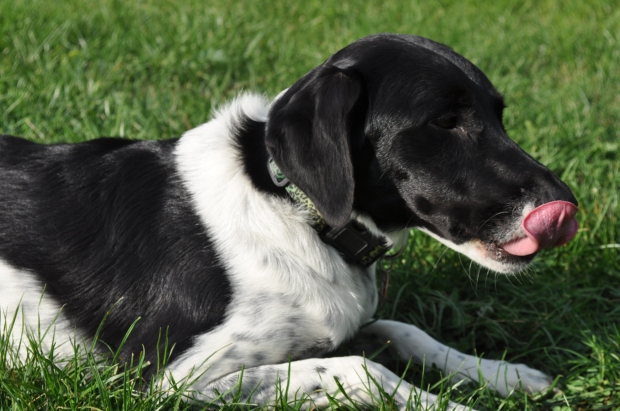 They really are delicious.  I don’t mind if I get the ones with wasp poo inside either. 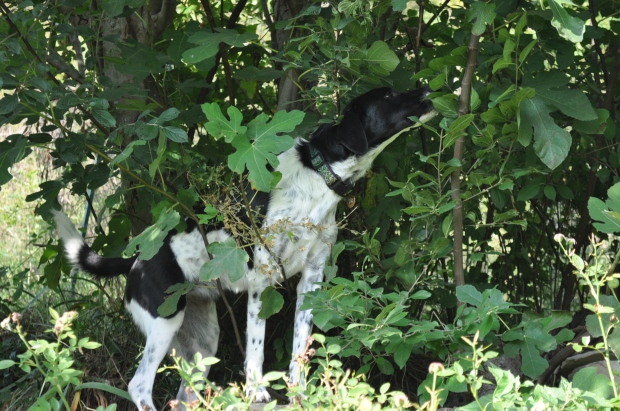 This is why the Missus doesn’t share with me any more.  I pick my own. 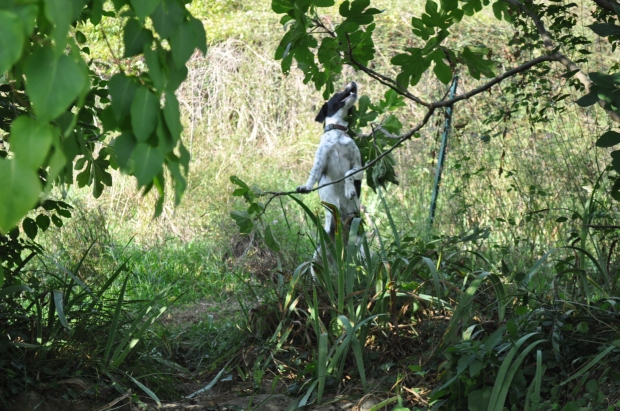 Sometimes I have to get a bit inventive but it’s all in a good cause.  It is very important to get your five a day.  I actually prefer fifteen or twenty. 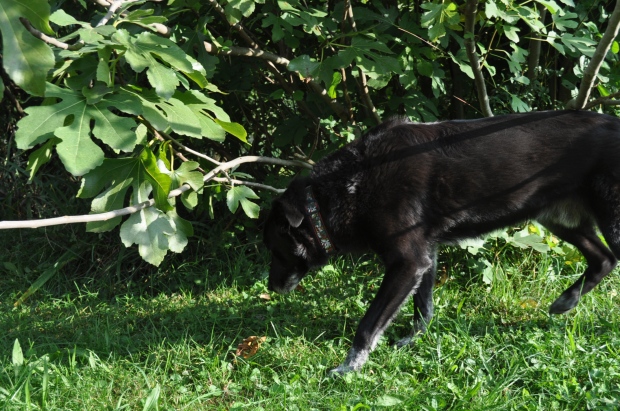 My oldest boy ‘Taz’ relies on me to shake down some fruit for him as he’s not quite as athletic as he used to be.  I don’t mind though because he has introduced me to the delights of windfall apples. 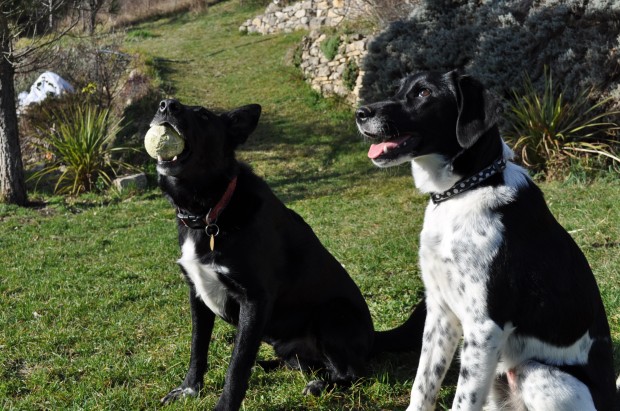 The other one is only interested in his tennis ball – you can tell by my face what I think of his silliness.

The Missus says that she thinks I might be addicted but at least clearing up after me in the garden is a much more ‘fruity’ experience which I think might be a good thing.  However, she doesn’t seem quite so pleased about the other results which are often to be heard (and smelt, apparently) when I’m lying on the sofa in the evening.

Maybe you should just stick to five portions.

Do your pets eat fruit? It can’t just be me can it?