What’s In The Box? – A Sunday Quiz

Posted by tialys in Arts and Crafts, Interesting Vintage Finds on January 8, 2017

Everybody loves a box, don’t they?  It’s so intriguing to lift the lid and see what’s inside.

I spotted this lovely wooden box with inlay veneer – I think the wood is burr walnut – and once I opened the lid and looked inside – I just couldn’t resist it. 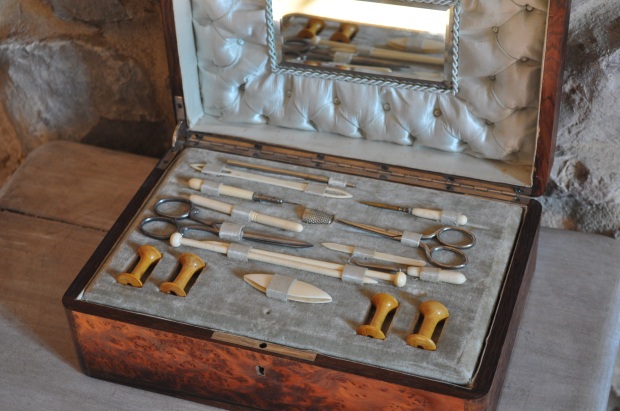 I think it’s quite rare to find one of these sets in good condition and also with all the original tools inside.  Love the padded lid with the bevelled mirror – what’s the idea of  a mirror in a sewing box by the way? 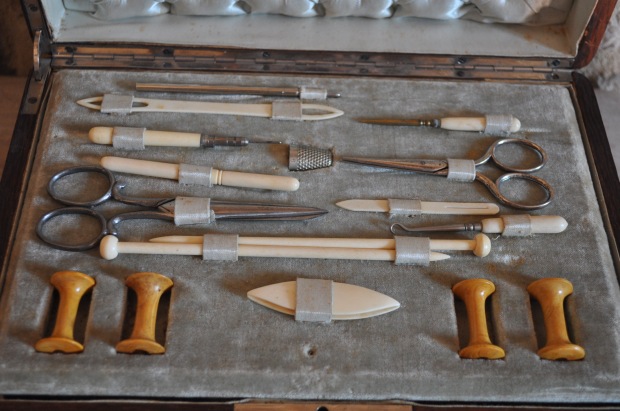 It needs a bit of a clean but, by and large, it’s in good nick considering its age which I’m guessing might be the 1930s perhaps, maybe a bit older.

As even I am not that old, I can’t identify some of the tools so, in case you don’t have anything better to do on a wintry Sunday, maybe you could help me.

I’ve numbered the tools in the photo below and have filled in the ones I already know – scissors anyone? 😉 – but some of them I have no idea.  I think those little spools are maybe boxwood and the tools themselves appear to be some sort of bone.

Any help to fill in the list below would be appreciated. 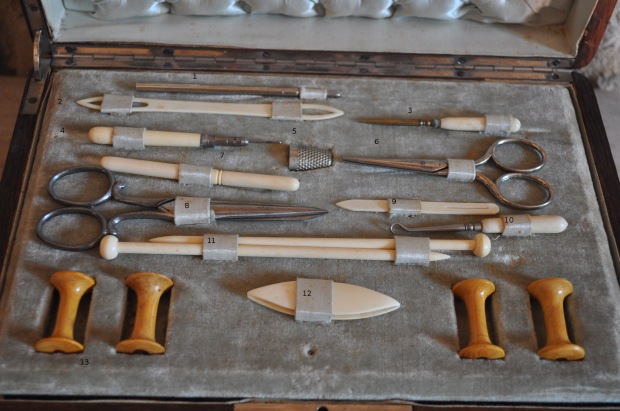 As you can tell, I don’t have many of these tools in my sewing box so although I’ve a vague notion of what some of the unidentified ones are for, I don’t know the proper name or the exact purpose.

By the way, the tray lifts out and there is a storage compartment beneath which holds some pieces of old lace .  Lace is something else I know nothing about so there might be another quiz next week 😉