Posted by tialys in Pets & Problems, Uncategorized on October 29, 2015

Hello, my name is Yuki (apparently the younger human in this house is a fan of all things Japanese) and I want to explain why the older human isn’t blogging about sewing or knitting or dogs or getting anything else done at all. 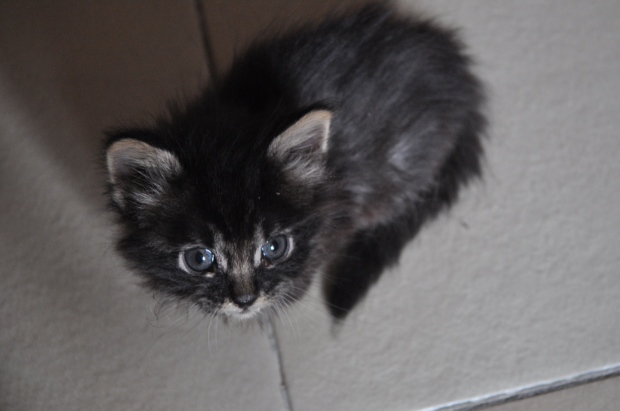 You might have read that I got stuck behind a wall.  My mum must have dropped me there and couldn’t get me out.  I cried and cried but the human who lives next to the barn had gone away for a couple of days and nobody heard me.  In the end, I couldn’t make any noise at all.

Suddenly, somebody realised I was there and got me out.

Are you my Mummy?

I am very tiny now because I missed my food for two days and the human took me next door to where there is usually somebody home and they are used to animals like me.

They put me in a spare bedroom because there are big cats who live here and also big dogs.

Even though the humans came and played with me a lot – they say I’m cute – I felt a bit lonely and followed them around and sucked on their feet.  I liked to sit inside the human’s t-shirts and go to sleep and they said they might make me something called a ‘papoose’ to keep me warm.

I’m not sure how to play with this and there is something inside that makes a loud noise.

Suddenly, there was a fuss and the human from next door made a delivery 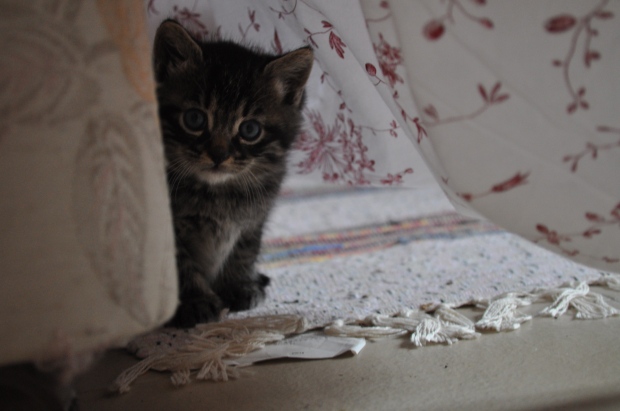 It was my sister

Then he came back 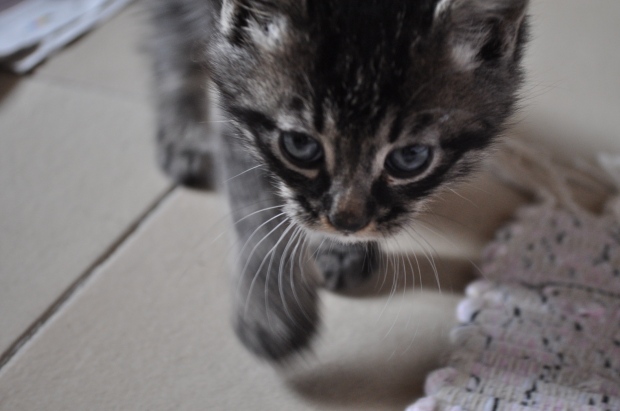 I think that’s my brother 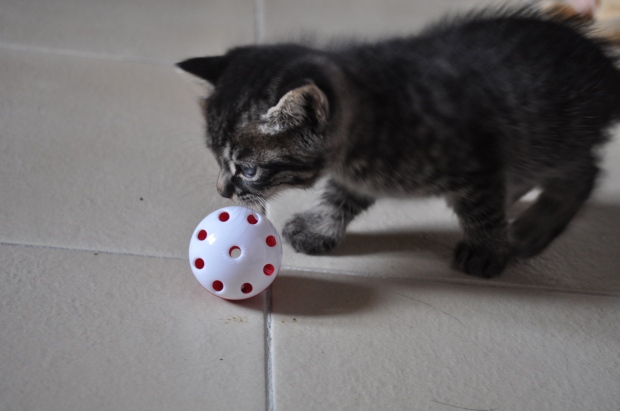 Somebody else to show me how to play ball.

There are four of us living in the spare room now so I have warm fur to snuggle up with.

The humans here say I need to put on weight.  I weigh 270g and the others weigh 470g but they say I have now survived two nights since being stuck so they are hopeful.  The others are lapping from saucers but I’m still having a bottle as I’m so little. 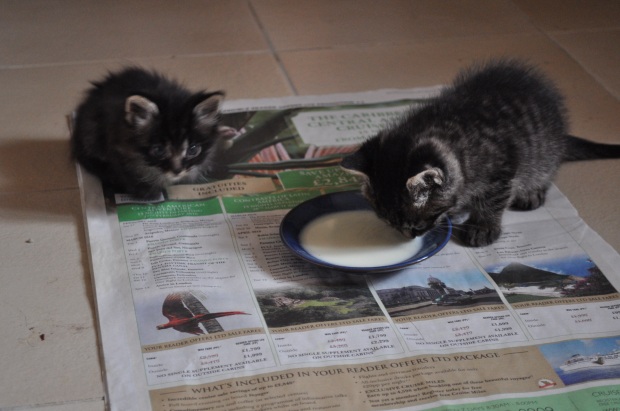 That will be me soon! 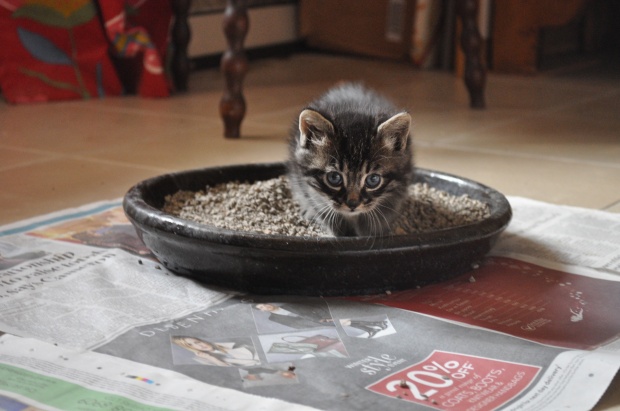 There is a bowl of stones in the room and I think we are supposed to do our ‘business’ in there.  Here’s my big brother showing me how it’s done.  I don’t know how he knows this – cats are just clever I think.

The humans have said that, if I survive, even though there are already four big cats living here, even though they said ‘no more cats ever’, I have such ‘character’, they couldn’t possibly part with me. 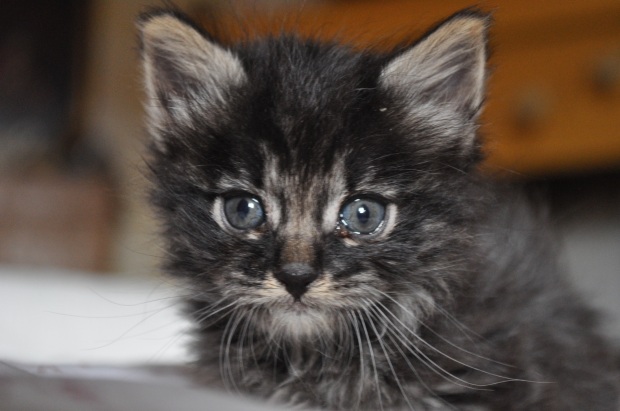