Sugar Plum Flo and Other Dogs

We have masses and masses of plums on our trees at the moment and two of my dogs spend hours foraging for them, eating them and leaving me to clean up after them which, after a diet rich in fruit, is quite time consuming as you can imagine.   Why can’t I have a dog that hunts for truffles making lots of money for me in the process? 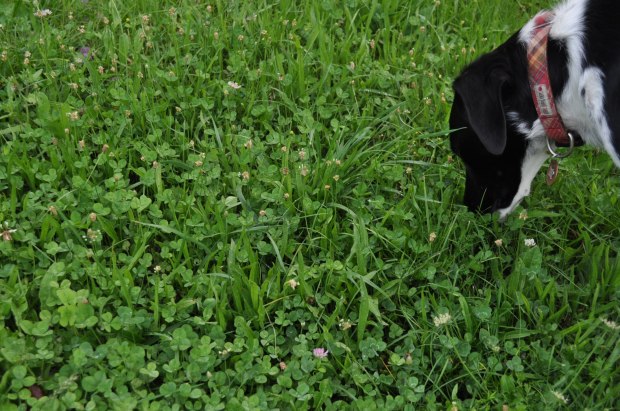 Note the lushness of the grass in August – normally it is brown and dead – an indication of how pants the weather has been this summer.   I think we might have to move somewhere with a better climate like the U.K.  😉 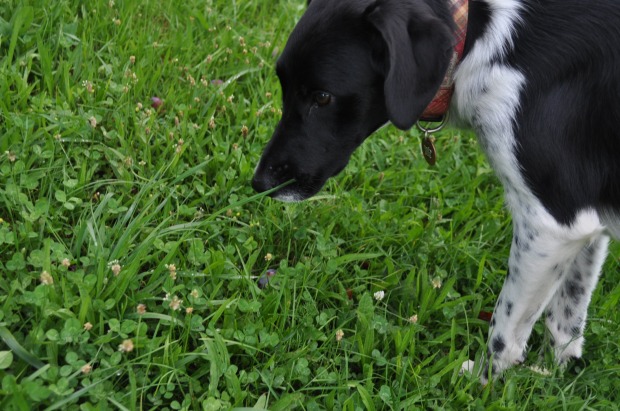 Two plums spotted.  Note the gleam in her eye.

Talking of Flo, I have mentioned before that we got her from the dog rescue at Carcassonne or the S.P.A.  My friend Karen hosts what has become an annual event at her home whereby people buy a ticket, come and eat some good food, buy drinks for a euro, fork out for some raffle tickets (hopefully) then strut their stuff at the ‘disco’ afterwards  and in the process we raise money for the dogs and cats in the kennels. 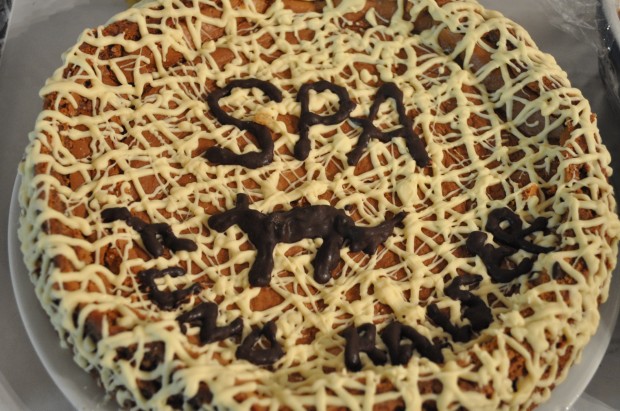 Somebody made this cake and bought it along.  I’m not sure what sort of dog that is but it’s chocolate which is all you really need to know. 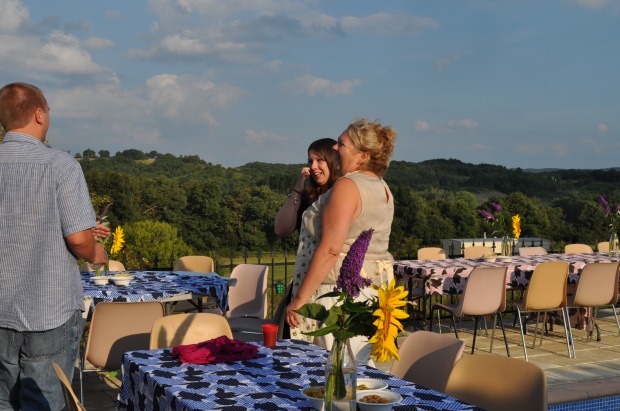 Lovely company, beautiful French scenery (the sunflowers were in full bloom in the local fields, thank you Monsieur Farmer) and, after some rumbles of thunder, it was a beautiful evening. 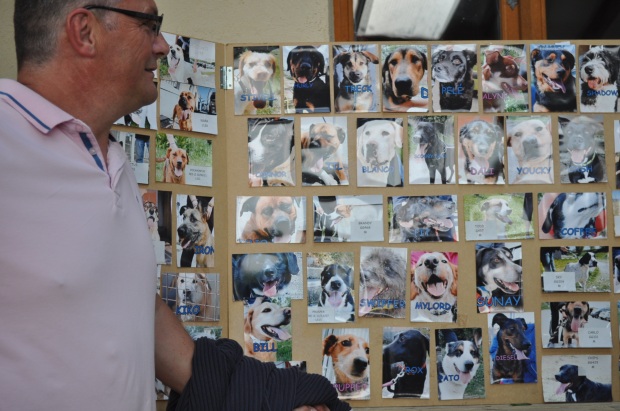 Lots of photographs of dogs available for adoption to make people go ‘aaaah’ and, hopefully adopt or volunteer to sponsor or go and walk the dogs from time to time.

Thanks to everybody’s generosity we made over 1500 euros for the S.P.A.. which should pay for some food, flea collars and veterinary care.

I did my bit too.  I made a non-alcoholic punch for the drivers (like me)  and teetotallers (not like me) , called a ‘Luscious Slush Punch’  because you freeze part of it and then add lemonade when you’re ready, resulting in a chilled,  slushy, fruity punch drink.  However, in my mad rush to get there on time, I  mistakenly grabbed a tub of chicken stock from the freezer instead of one of the three  frozen punch mixtures I had prepared in advance.  Luckily, Mr. T. was one of the barmen and, after looking at the suspicious colour,  realised what had happened and refrained from serving it to anybody.  The resident dogs were pleased with it.  At least it made people laugh although they might not have done if it had got as far as their glass.

Here’s where to find the recipe should you wish to make the fruit version.  It’s American but I substituted jelly powder for the jello – when I wasn’t substituting chicken stock that is – and it seemed to work fine. ( Tip:  Do not add as much sugar as the recipe calls for – at least halve it!!)

I was going to do a bit of a knitting update but that might be a bit too much info in one post so I’ll do that tomorrow instead.