Posted by tialys in Arts and Crafts, Patchwork and Quilting Projects - General on March 17, 2018

At the moment, I am attempting to face my nemesis – the trousers (or pants if you are of the American persuasion) – and try to fit a pattern made for somebody with a bottom to somebody who hasn’t and that would be me.  I have  never been able to balance a wine glass on my generous behind like a Kardashian nor will I ever be described as ‘bootylicious’ but, back in the day, it wasn’t so fashionable to have a big bum so it never bothered me and these days nobody really cares about the size of my derrière apart from me and , even then, only enough to get a pair of trousers to fit it.

There are some sewing classes available locally which some of my friends attend regularly but I thought I’d go along for a couple to see if we could get my fitting problem sorted so I made a quick toile and took it along to the class where it was pinned and adjusted to the extent that I don’t think the pieces bear any relation to the original pattern any longer but do seem to fit me better now.  I will let you know how that turns out.

Anyway, last time I used one of the teacher’s spare machines but I thought I might take my own next time as I’m so used to it.

Here is my naked machine.

Sometimes, when I remember, I put the machine cover on to keep the dust off it.

You’ve seen the front of this before so here’s the reverse side – I had a garage in mind –  just for a change.

However, this is definitely a ‘stay at home’ cover as it’s big and bulky and there is no carry handle.

You know those times when you go into your workroom or workspace and have absolutely no idea what you’re going to do and then, suddenly, you do?  Well, that’s what happened here – time to make a ‘going out’ cover.

I basically followed a tutorial I found here and, although I debated making patchwork sides, I decided against it in the end and used some stash fabric I had lying about.  I lined the interior with plain green cotton, put wadding between the layers for a bit of protection and quilted the lot with a simple diagonal.

The tutorial includes a fairly ingenious way of making the slot in the top for the handle which took me quite a bit of time to work out (my poor brain) but, once I got my head round it, worked really well.  It involves some interfacing and a bit of tricksy turning and voila!  I can’t explain it any better than the original – can you tell? – so I won’t try. 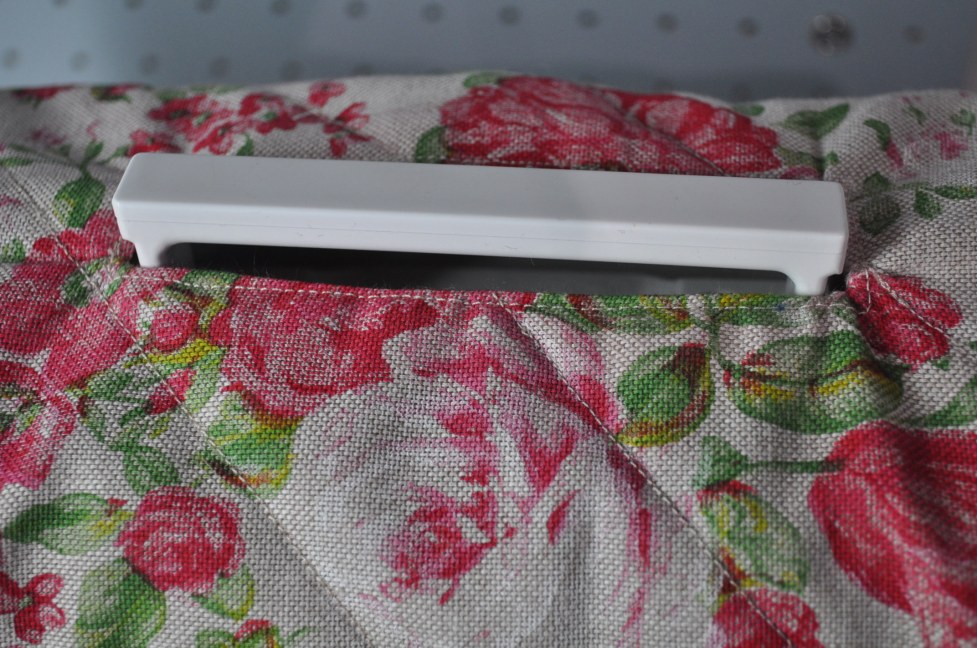 I constructed the side pockets as per the tutorial. 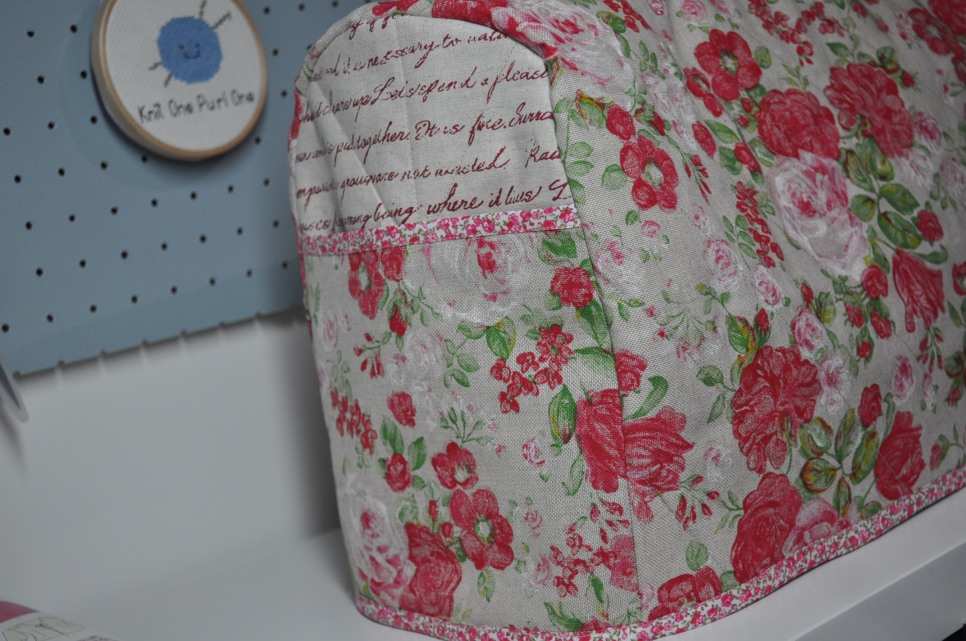 I finished off the bottom edge in the same, ready made single fold binding I used for the pockets as I have a big roll of it in my stash. 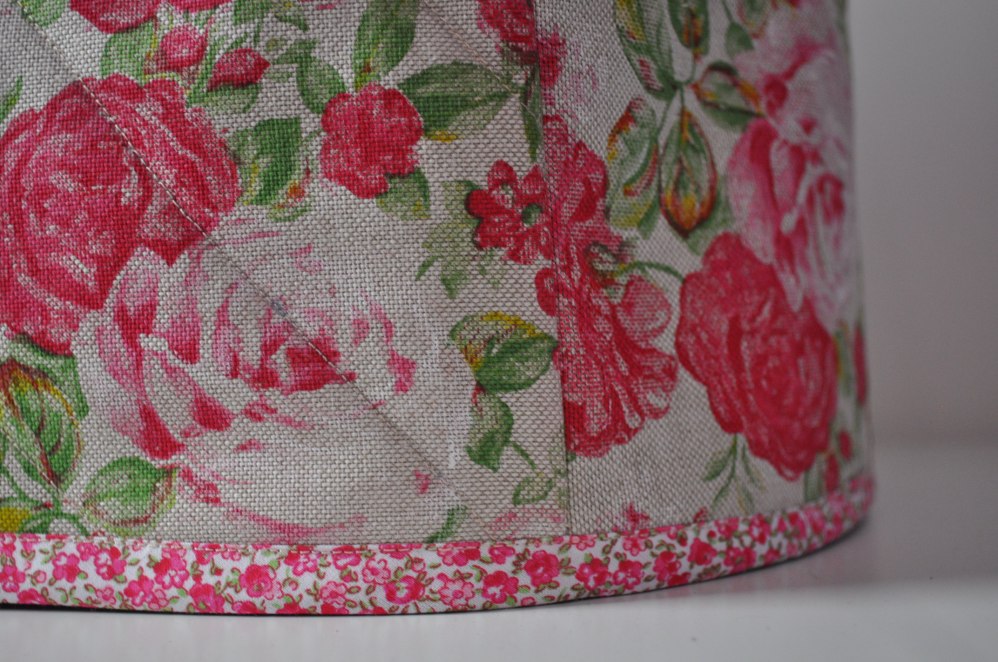 I’m not sure I’ll put all the cables and foot pedal in the side pockets – too heavy and bulky – but they will be handy for rulers, scissors, rotary cutter, markers, etc. 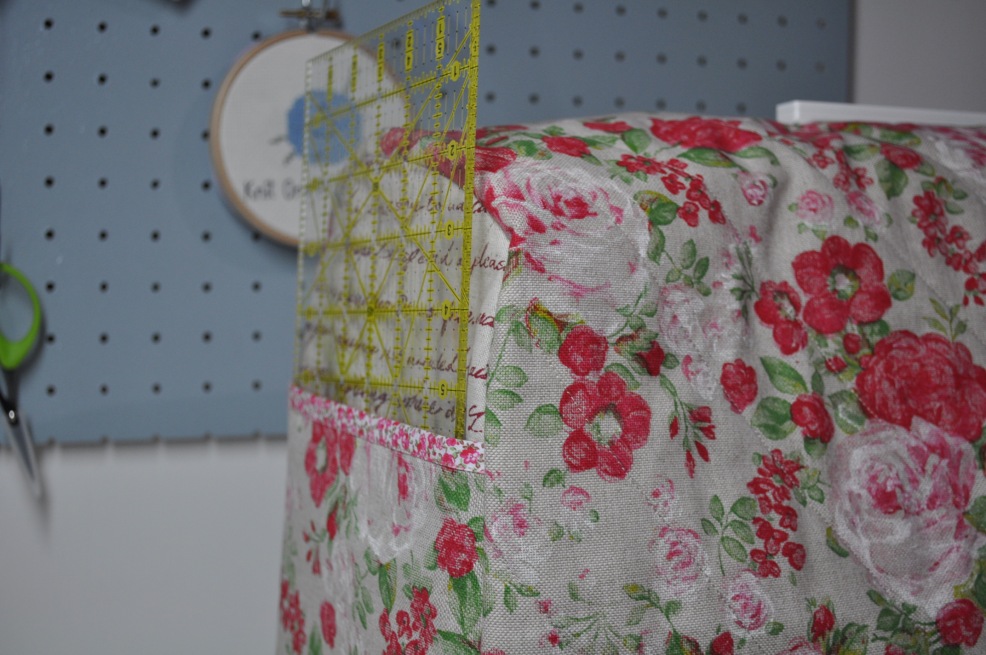 So, I’m ready for my next session now .

I have another, ‘spare’ machine which sits under a plastic cover and, while it probably isn’t going anywhere, it would look prettier in my workroom for having a fabric cover so next time a bit of spontaneous sewing time comes round I know what I’ll do. Does that mean I won’t be able to call it ‘spontaneous’ though?

If only it were so easy to fit a pair of trousers.

I’ll leave you with some ladies who have my share of ‘jelly’.