Posted by tialys in Arts and Crafts, Pets & Problems on November 1, 2015

I love the excitement of small parcels arriving from all over the world for the F2F block swap I’m participating in.

On Friday I received another package and, this time, it was from the States containing three blocks from Susan over at Desert Sky Quilting.

On Friday I received another package and, this time, it was from the States containing three blocks from Susan over at Desert Sky Quilting.  A dramatic touch with the very dark grey and blue fabric in this one with the central pinwheel. 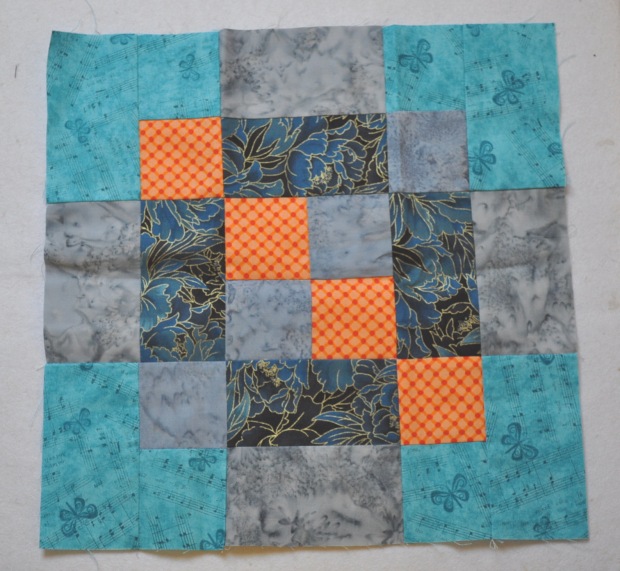 A touch of orange with the turquoise here.  Apparently the orange  colour was outside of Susan’s comfort zone and she included some lovely orange fabric for me to play with in the package. 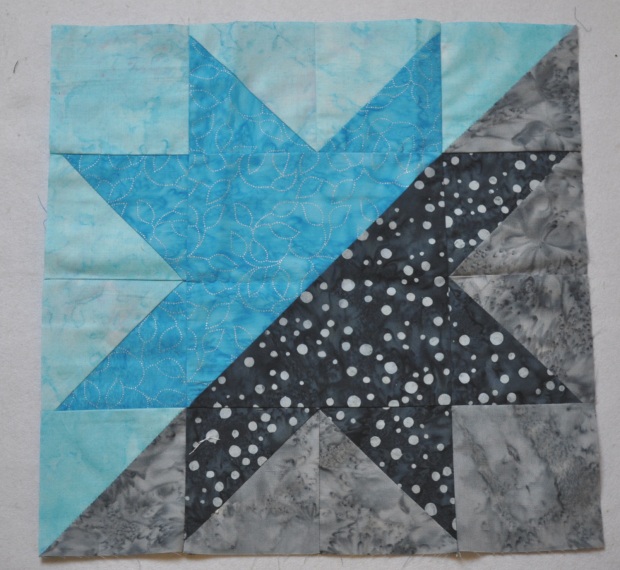 I think this is my favourite one.

This package arrived, despite the fact that Susan had sent it before we realised the post (zip) code was wrong – as did Kate’s from Australia –  so I’m quietly confident they will all arrive eventually. Esther’s blocks also arrived on Friday, from the Netherlands,  but they are also worthy of their own post so they will be in my next one.

A kitten free zone on the blog today did I hear you say?

Yuki – still tiny but trying to build him up and am going to try goats milk when the shops open tomorrow. 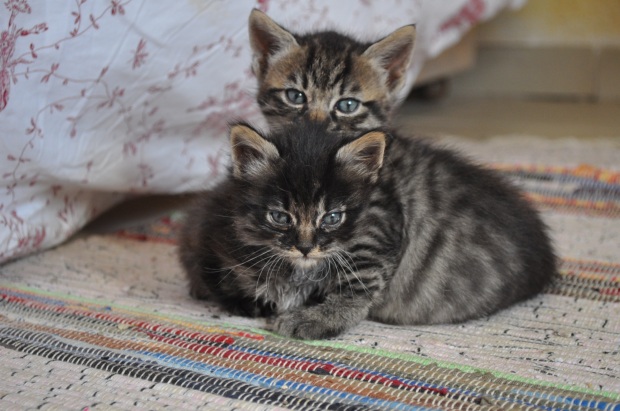 Getting some cuddles from the ‘big’ sister.